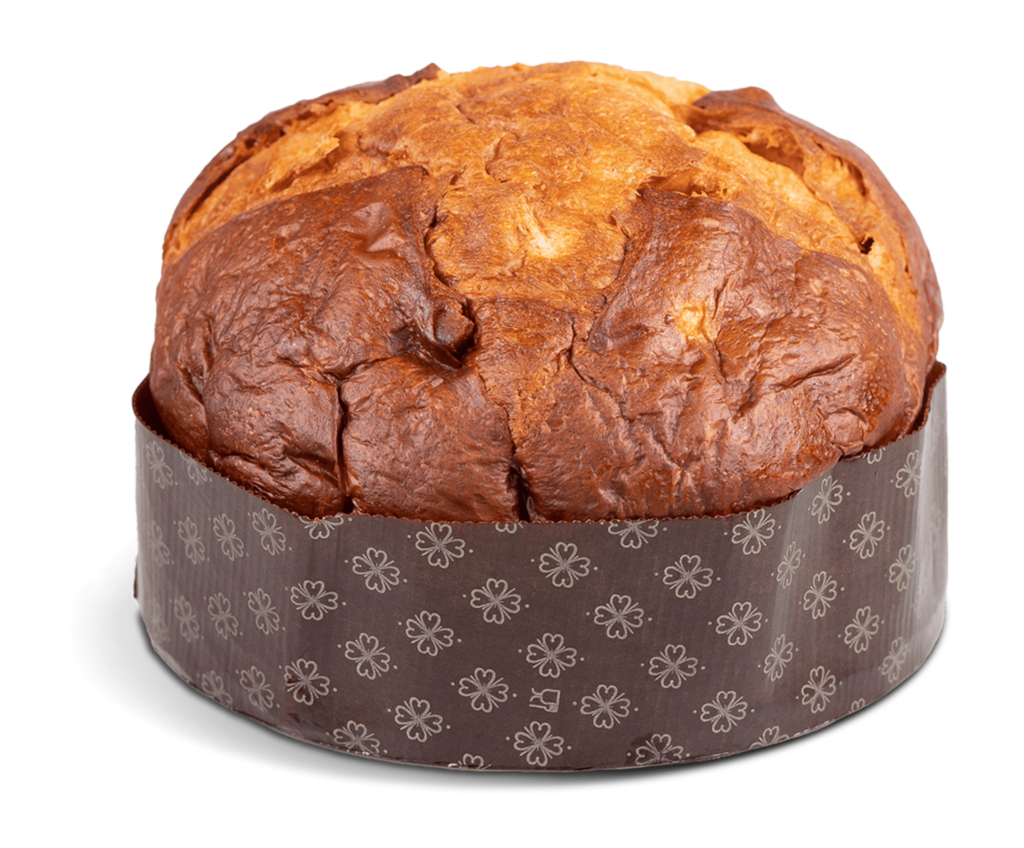 Many legends,
one artisan panettone

The Panettone is an art, poetry of ancient times, when bread was noble food and dessert a luxury for few

Yet, that simple mixture of ingredients, water and flour, could be enriched to become deliciousness. They soon discovered it in Milan and then, gradually, all over the boot until they transformed that sweet bread, made with butter, eggs and other ingredients, into a traditional Italian dessert. Of this history, which has its roots in Italian culinary culture, traces are lost until it becomes a legend.

Why panettone? According to some, the etymology of this word comes from an episode dating back to Christmas Eve 1495. At the court of Ludovico il Moro, in view of the Christmas banquet, preparations are underway to serve the dishes in vogue at the time. The young Toni, a twelve-year-old kitchen boy serving at the court, is assigned to bake the dessert. The tiredness of those frenetic days, the innocence of his age, lead the young servant to fall asleep for a few moments. Just enough to burn the cake of the feast and to send the head chef into a rage. Frightened by the consequences, Toni decides to sacrifice the only piece of butter kept by his mother for the Christmas holidays. Working it several times with flour, eggs, sugar and sultanas, he obtains a soft and tasty yeast. The first to be ecstatic is the head chef, who decides to serve it to the guests, also delighting the palate of Ludovico il Moro himself. According to legend, the chef did not reveal that the preparation was the work of the young Toni. The news, however, spread in the city and, in short, that sweet bread that had delighted the noble palates of the court became pan de Toni. Hence the panettone.

The panettone harbinger of love

Another legend, instead, wants the panettone at the centre of a love story. At the centre of the liason are Ughetto, son of Giacomo Atellani, and Adalgisa, daughter of a baker from Milan. The Atellani, given the bad reputation of the bakery and the bad financial conditions of Adalgisa’s family, are opposed to the wedding. Ughetto, however, is unable to give himself peace. Driven by his love for Adalgisa, in an attempt to revive the fortunes of the bakery, he decides to get hired at the same shop. As often happens, love kindles his wits. So, Ughetto reflects on how to help his future father-in-law in raising the fortunes of the bakery. To improve the flavour of the bread, he adds sugar and butter. The success is almost immediate, because that bread ends up immediately going to waste. Ughetto, not happy, still improves his recipe: he adds eggs and candied citron to the sugar and butter. The success is such that, very soon, the bakery becomes famous all over the city and at its door customers are crowded waiting to take that bread home. It is at this point that the Atellani family, convinced of the genuineness of Ughetto’s love for Adalgisa and the improvement of the bakers’ family’s finances, finally decides to consent to the wedding.

The sweet bread of the nuns

The last legend, perhaps, is the least known. Also because, of the history connected to it, it is the one that is known the least. It is said that a certain Sister Ughetta, with the approach of the Christmas holidays, decides to prepare a cake able to comfort her sisters during this period of the year. So, to the bread dough, she also adds sugar, eggs, butter and candied citron. As in other legends, the leavened cake that comes out of it satisfies the nuns’ palate. And soon afterwards, the nuns’ sweet bread becomes popular throughout the city of Milan.

The official history of panettone

Beyond myths, beyond legends, there is an official history of panettone. It is the one that Pietro Verri, writer, philosopher and historian, tells in the volume “Storia di Milano”, published between 1782 and 1799. In it, the writer reports the ancient custom in vogue in Milan on the occasion of Christmas. During the festivities, in fact, it was typical for families in Milan to put a wooden log to fire, adorned with leaves and apples, and wet with wine and juniper. Around the hearth, the family used to break wheat loaves, a precious food for the time. A tradition that seems to have been in vogue at least until the 15th century, when Duke Galeazzo Maria Sforza recalled it. It is perhaps from this tradition, the tradition of the great breads, that the panettone originates. The tradition of consuming a special bread on the occasion of Christmas, however, is also supported by a decision of the Milan Corporations, which, starting in 1395, imposed on all Milan’s bakeries, with the exception of the bakery of the Prestino dei Rosti, reserved for the wealthier classes, to prepare wheat bread. A way to break down, at least at Christmas, the differences between the classes of the population. This special bread, in dialect, began to be called “Pan de Sciori” or, also, “Pan de Ton” and was enriched with butter, sugar and sultanas. 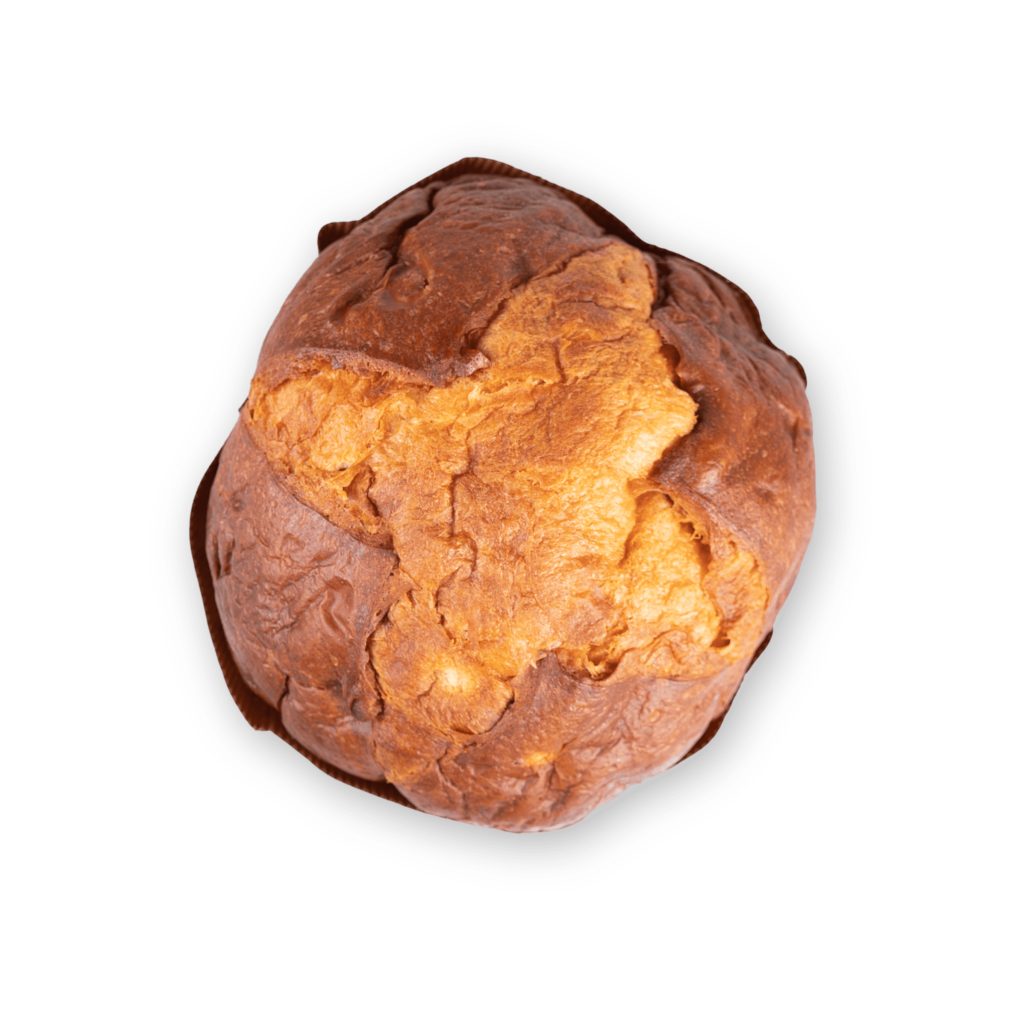 Traces of this tradition can also be found in some of Italian dictionaries. Already in the first publication of this type, dating back to 1606, the term “Panaton” is mentioned accompanied by the definition of a large bread prepared for Christmas. More than two centuries later, in Francesco Cherubini’s dictionary, published between 1839 and 1856, he quoted the word Panaton or Panatton to indicate «a kind of wheat bread adorned with butter, eggs, sugar and raisins or sultanas». A consumer of the Panetton tradition seems to have also been the author of the Promessi Sposi, Alessandro Manzoni, who apparently received a gift every year from the bakery of the Grucce. In 1871, the writer sent a thank you to the bakery: «To the Grucce’s bakery, rich in his own fame and not in need of genealogical splendour, Alessandro Manzoni, voluptuously tickled with various and exquisite wisdom in his throat and vanity, presents his warmest thanks for the panettone with side dish». The revolution, and definitive consecration of this cake, however, took place in 1919. That year, in fact, Angelo Motta developed a production method. Probably inspired by a batch of kulic, a typical Russian dessert, Motta decided to wrap the dough with straw paper, which allowed to obtain a higher leavening than the original. It was the definitive success of a product that, nowadays, makes the tables of millions of people richer every year.